“We are people who love the Royal Vauxhall Tavern and want to ensure a thriving future for the UK’s oldest LGBTQ pub and iconic performance space.

“The RVT is believed to be the UK’s oldest continually operating LGBTQ venue, with a history of community and performance dating back to the post-war years, continuing through the AIDS crisis up to a flourishing present. As locals, regulars, performers and promoters, we cherish the pub as a place where we’ve made friends, a business we want to see thrive, and an institution whose future we want to safeguard.” 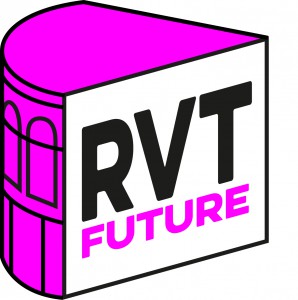 Why we love the RVT

The Royal Vauxhall Tavern in south London is believed to be the oldest continually operating LGBTQ community venue in the UK – built around 1860, it has been a space for LGBTQ drinking, socialising and cabaret since the post-war years. A haven before decriminalisation, a crucial hub during the AIDS crisis, a thriving site of culture and community today. It’s the last vestige of the Vauxhall Pleasure Gardens, where modern leisure culture was born. It’s where a police raid provoked Lily Savage to start a riot. And it’s where Freddie Mercury and Kenny Everett brought Princess Diana for a night out – dressed as a boy.

Now the pub has been bought by property developers who won’t reveal their intentions. We want to take steps to defend the place we love NOW instead of waiting to see what they have in store and perhaps losing this unique venue forever.

Why we are concerned

We are concerned at the RVT’s purchase in 2014 by Immovate, a property development company that has declined repeated requests to explain their plans for the RVT. Around a quarter of London’s LGBTQ venues, and many other independent cultural spaces besides, have closed in the past couple of years, often giving way to luxury flats and high-end commercial schemes. Vauxhall is a prime site for such redevelopment and, although we welcome the current RVT management’s apparent commitment to business as usual, we have grave concerns about its longterm future.

What we are doing

We want to ensure the Royal Vauxhall Tavern’s 70-year history of providing a place for LGBTQ people to come together – to laugh and cry, dance and talk, make art and build community – does not come to an untimely end. In the first place, we seek an assurance from Immovate, the pub’s new owners, that they recognise and value’s the venue’s history and viability as an LGBTQ pub and performance space, and that they will undertake no schemes that jeopardise those attributes. In the absence of such assurances, we will oppose any plans that put those attributes at risk. In the meantime, we have already secured an Asset of Community Value status on the Tavern – next we want English Heritage to make the RVT a listed building to help protect it from radical redevelopment. We have entered an application which you can read more about here. (It’s worth noting that a listing doesn’t rule out all changes to a building – and certainly not those vital to its economic sustainability.) In the long term, if Immovate are not interested in securing the RVT’s future as an LGBTQ pub and performance space, we would seek community ownership of the venue.

What YOU can do

1. Join the mailing list to stay up to date with news about the future of the Royal Vauxhall Tavern, the campaign’s progress and upcoming events.

2. Volunteer your skills to the campaign – at the moment we’re especially interested in those with experience in web design and social media; filmmaking; fundraising; running a membership database; and general administration. Email us at hello@rvt.community.

4 thoughts on “What we believe”

Pingback: The RVT’s history in pictures | Future of the Royal Vauxhall Tavern

Pingback: 10 reasons to love the RVT | Future of the Royal Vauxhall Tavern

Pingback: Making the RVT a listed building | Future of the Royal Vauxhall Tavern

Pingback: The RVT gets Asset of Community Value status | Future of the Royal Vauxhall Tavern