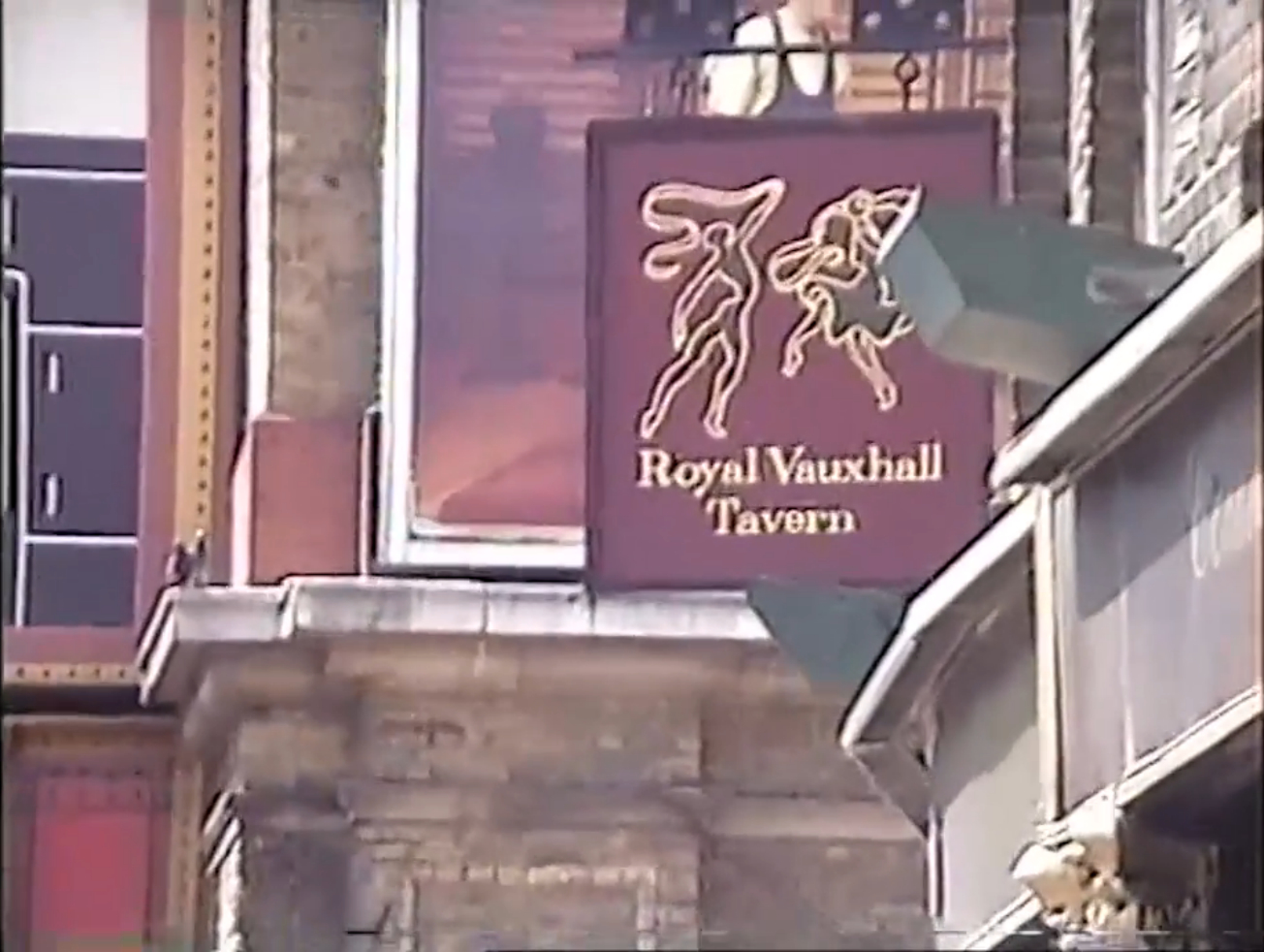 RVT Future’s brilliant comic series by Baz, TALES OF THE TAVERN, continues with a poignant moment of laughter and tears from 1986.

It’s not always easy to remember for those who were there, or to imagine for those who weren’t, but the 1980s were a vicious time to be lesbian, gay, bisexual or transgender in the UK. On top of the economic hardship facing many throughout the country, public anti-gay sentiment was at a constant fever pitch.

“In the same way that I didn’t know anyone who had a job, I didn’t know anyone who hadn’t been beaten up,” recalls Neil Bartlett, the author, playwright and veteran of both the Royal Vauxhall Tavern and the Royal Shakespeare Company. “You were dealing with casual homophobia all the time and also state-sponsored homophobia: the police and the media and the government, a constant barrage of hatred with a big capital H.”

This made the sanctuary offered by the RVT all the more vital, especially when the likes of Lily Savage (aka Paul O’Grady) were on stage. “To go into this absolute knockdown ramshackle old pub with all of these extraordinary people,” Bartlett says. “It was meat and drink. It was lifeblood… To turn all that misery and hardship around with that much panache and sheer bloody nerve!”

This aspect of the RVT’s role was made painfully clear with the onset of the HIV/AIDS crisis. “It was a war against AIDS and we were on the front line down at the Vauxhall, every single night,” O’Grady remembers. Unlike during the Blitz, however, there was no expectation of general social solidarity. “This was known as the gay plague. There was loads of prejudice surrounding it.”

The impact of the disease accelerated rapidly in the early 1980s but was initially met with minimal government action, widespread media hostility and a police crackdown on gay socialising. Homophobic violence surged but many were reluctant to report it to the police, who often ignored such crimes and still regularly entrapped gay people. In one instance, a gay man who was hit on the head with a hammer in a fight was arrested and left in a cell with his wound untreated. The words “Beware AIDS” were chalked on his cell door.

In the absence of help from the state, the Vauxhall Tavern quickly became a key site of organised support and information exchange. “A lot of people felt that the Vauxhall was like the campaign headquarters,” recalls the writer Rupert Smith, an activist and RVT regular at the time. Even within the gay scene, he recalls, many were reluctant to engage with the ongoing crisis or acknowledge the trauma it brought.

The Royal Vauxhall Tavern was different. “You knew that if you’d had a really horrible day and really bad things were happening to you and your friends and you couldn’t really talk about it with the outside world very much, at least in there you could,” Smith says. “The Vauxhall was one of the first places where I definitely remember buckets being rattled and people collecting money.”

“We were doing charities nearly every other night of the week,” says O’Grady. “The Vauxhall raised thousands. Absolute thousands! We used to buy things like mattresses for them in the hospitals, pillows, sheepskin rugs… We were the soldiers.” They were entertainers too. Drag performance was never more vital than at this time and the Tavern was blessed with not only Lily Savage but Adrella and Regina Fong too.

“We were the Vera Lynns of south London!” O’Grady suggests. “Meanwhile, we had the same problems [the audience] did, and they knew that. Bloody great camaraderie. There was a very strong community spirit.”

Alongside the fun and the fundraising were the funeral wakes. The Royal Vauxhall Tavern, for so long a space of pleasure and escape, became the site of a heartbreaking number of final farewells. But then somewhere you want to be, somewhere you feel comfortable at the worst of times as well as the best – isn’t that what we mean by home?

Adapted from RVT Future’s successful application to make the RVT a listed building.
See Baz’s comic about 1986 – and the rest of our Tales from the Tavern – here.
And read more about the RVT’s unique history here.
Please follow and like us: