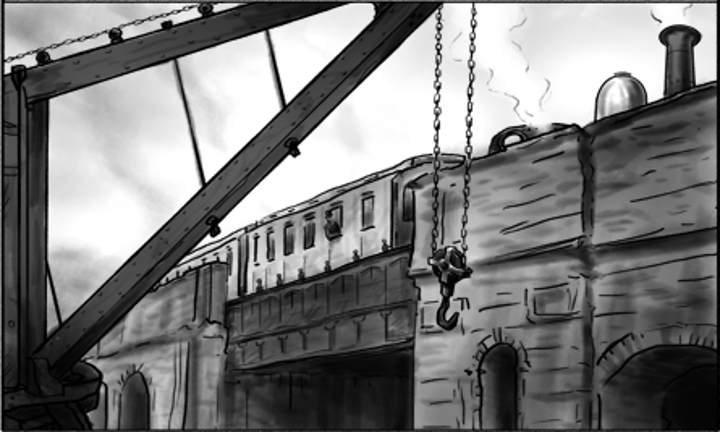 RVT Future’s brilliant comic series by Baz rewinds to the 19th century and the construction of our beloved pub.

You can read the comic here, but if you’re curious about the real-life history behind it, then read on…

The RVT’s heritage grows directly out of the social and cultural transgression and innovation associated with the pleasure gardens that stood on the same site for two centuries before its construction. Partly through good fortune, partly through proud tradition, the RVT remains standing as the sole marker of a site-specific cultural tradition more than 350 years old.

In 1661, John Evelyn made the first recorded reference to public Gardens in Vauxhall, recording in his diary a visit to a “pretty contrived plantation” called New Spring Garden. Pepys repeatedly mentions them in his diary too, taking note of the exotic foods, acrobats and singers, drunkenness and debauchery that made the Gardens a distinctive new London attraction.

After Jonathan Tyers took on the lease in 1729, the Gardens’ renown reached new heights. Tyers installed lavish new walks and buildings, and introduced spectacular entertainments – Handel’s Music for the Royal Fireworks had its first public performance at Vauxhall in 1749. The Gardens were the site of Britain’s first cocktails, bandstand and proto-pop songs.

Over time, the Gardens’ innovation and accessibility reshaped the capital’s culture, and arguably the world’s. “Vauxhall had an enormous influence,” says historian of the Gardens David Coke. “It was very egalitarian: people of all sorts in the same place, enjoying the same entertainment, eating the same food. There was no social divide at all.”

Spectacular artificial illuminations were among the Gardens’ most famous innovations. Parts of the area, however, remained dark and were soon appreciated for their facilitation of types of social and sexual activity deemed shocking in polite society. “It was known as a place where the sexes could meet,” Coke says. “The etiquette laws applied less there than anywhere else – you could escape parents and governesses because they were distracted. And I think it’s probably right that people who were gay were more comfortable there too.”

But the revelry would not last for ever. During the 1840s, the Gardens were separated from the river by the construction of a large brick railway viaduct. And in 1859, after two centuries, the Gardens closed.

Work quickly began on the redevelopment of the site, with new terraced streets taking shape, and the Royal Vauxhall Tavern was one of the first buildings constructed. The pub’s name may have been conceived consciously to evoke associations with the Royal Gardens, Vauxhall, as they were called by then, which remained a site of nostalgia long after their closure.

Construction of the RVT seems to have taken place between 1860 and 1862 under architect James Edmeston. An advertisement for the sale of the Vauxhall Gardens Estate, including both building ground and structures from the Gardens, appeared in the Times in 1860.

Taken in this context, the RVT’s distinctive columns – found on its exterior frontage and famously within the ground-floor bar itself – are worthy of special note. Columns were a characteristic feature of the decorative constructions for which the Gardens were so celebrated. Pavilions and colonnades containing columns of apparently similar design to those found at the RVT are visible in illustrations from the time. Given that material from the Gardens was auctioned off at exactly the time the pub was built, there is strong circumstantial evidence that the columns at the RVT were salvaged from the site.

There would probably have been substantial continuity between the Gardens’ patrons and employees and those who used the new pub. The building could be seen as “a vestige of a Victorian party culture,” suggests Matt Cook, historian of LGBTQ+ London. “It picks up on a specific carnivalesque tradition and its queerness… It’s the last vestige of something we should cling on to.”